As the body of consumer protection law continues to develop, organizations, advertisers, commercial litigators, consumer lawyers, and debt collection attorneys, must constantly monitor decisions of the federal courts and the FCC to maintain clarity on acceptable trade practices.  Failure to comply with the constraints prescribed in those decisions may expose businesses or their clients to tremendous liability under consumer protection statutes such as the Telephone Consumer Protection Act (TCPA).

For example, in a case out of New York, Time Warner Cable (“TWC”), was sued for calling a consumer’s cell phone to collect an unpaid account balance. TCPA debt collection lawsuits are not a new occurrence, however, the TWC suit falls into a smaller and quickly developing subset of the TCPA. In what is commonly referred to as a “reassignment case,” TWC previously obtained consent to call its customer’s cell phone number, however, the TWC customer who provided consent, stopped using that number at some point during his or her relationship with TWC. Unbeknownst to TWC, that number was reassigned to the Plaintiff, Araceli King (“King”) who did not have a relationship with or provide consent to TWC. Thereafter, and because it did not have proper compliance procedures adapted to such situations, TWC began calling a number that previously, but no longer belonged to its delinquent, consenting customer. The Plaintiff, King successfully argued that TWC violated TCPA by calling her cell phone using an ATDS without her prior express consent and, again presumptively because of a lack of proper policy and documentation continued to call after she demanded that the calls cease and desist.

The District Court granted a partial summary judgment in favor of the Plaintiff, ordering the Defendant to pay $229,550 in damages for having made 153 automated calls to the Plaintiff’s cell phone without her consent. Because the calls continued even after consent had been withdrawn, King was awarded treble damages at the maximum rate of $1,500 per auto-dialed call.

This case highlights the immense statutory damages and breadth of the TCPA.  TCPA lawsuits have been filed against social networking companies, schools, pharmaceutical companies, retailers and much more, in addition to the predictable debt collectors or telemarketing firms.If recent trends persist, TCPA class action settlements will soon break the $100 million mark.

“It’s a common belief that businesses are allowed to make automated or “robocalls” to the wireless telephones of consumers that they have an “established business relationship” with, but that’s not the case according to the FCC. The wireless number of a customer or consumer cannot be dialed by one of these automated systems without that person providing the dialer with written or oral consent.” —Abbas Kazerounian, Kazlg Group.

Brief Background on the TCPA

The TCPA regulates communications from companies toward consumers, which utilize an automatic telephone dialing system (ATDS) or a pre-recorded voice (Robo call). The TCPA requires a company to obtain prior express consent from a consumer before contacting them via an ATDS or placing a Robo call.   Companies who outsource telemarketing services to third parties are not immune to TCPA liability and can be held liable for the actions of their third-party vendors.

Importantly too, the definition of ATDS is quite broad. For example in King v. Time Warner Cable, the case discussed above, the Court rejected the Defendant’s argument that its call system was not an ATDS because it did not generate numbers to dial at random or in a sequence. TWC’s technology instead made a list of customers who met certain criteria – those who were behind on their bills – and called them. The Court found that whether the system had dialed the number randomly or otherwise was irrelevant, but rather the operative question was whether the call system had the capacity to dial numbers at random. TWC’s system had this capacity and therefore, the Court held it was an ATDS and the penalties were justified. The semantic discussion around capacity and use were hotly debated and joined with an existing pool of confusion surrounding TCPA language.

In recent years, TCPA litigation has increased substantially as consumers become more aware of their rights to protection. In turn, businesses should be cognizant to steer clear of costly violations. Industry groups and organizations have filed FCC petitions requesting clarification on key provisions of the TCPA, so many that by early 2015, the backlog was sufficient enough that FCC Commissioner, Michael O’Reilly, stated that there was a “lack of clarity” in the rules, and later released a clarifying Declaratory Ruling and Order in June of 2015.

“The FCC’s recent order is likely of particular interest to companies that communicate with their current and prospective customers by telephone or text message and also by providers of smartphone applications (apps) that allow users to send text messages to other people.” —Matthew Bartus, Cooly LLP

Here are 7 recommended steps for businesses to steer clear of TCPA liabilities:

Why does this matter?

Defendants face potential liability under the TCPA in two ways: direct or vicarious (3rd-party liability). If a company outsources calling activities, risks increase considerably because the specific practices of that third-party may be unknown and are likely not controlled. Furthermore, in terms of TCPA liability for advertising calls, the  “seller” will be liable, not the calling agent, according to the FCC and numerous courts. Determining the vicarious liability of a seller is a fact-based process that looks into the specific relationship between the seller and the third party responsible for making calls.

Protection from the acts of third-party vendors can also be obtained by well-written contracts. These contracts, while often preprinted forms, should be reviewed and modified to ensure proper protection, insurance, and indemnity.

Under the TCPA, debt collection calls differ from telemarketing calls and, while some consent is required, this extend may be obtained in a number of ways.It’s also important to note that TCPA text messages and phone calls are treated as equal forms of communication.

User-friendly consent forms should leave no doubt whether a consumer is consenting to receive communications of a certain nature via ATDS. This will mitigate the risk of the form being deemed invalid at a later date. For telemarketing communication, this must include: 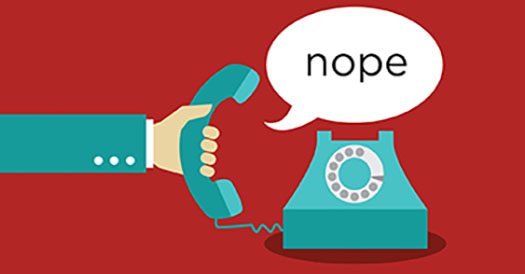 “The TCPA is a strict liability statute. This means a single misstep, however well-intended, can result in a violation.” —Adonis Hoffman

#4 Keep All Consent Forms for at Least Four Years

The statute of limitations period of TCPA claims is four years. In TCPA litigation, consent is an affirmative defense, and the burden to prove that consent was given falls on the defending company.  Holding documented and clear consent (in writing) from consumers is the best defense against future liabilities.

Had TWC made sure to assess their safeguards against calling reassigned numbers, it would not have paid $229,500 in liabilities. Because the FCC stated that only the first call made after reassignment – the safe harbor call – is without risk of penalty, companies have a very narrow opportunity to avoid liability. Currently, it’s unclear how exactly the FCC expects companies to determine when a safe harbor has run out, especially if they’re acting in good faith in thinking they have consent to contact a customer.

The June 2015 FCC Declaratory Ruling and Order clarifies that consumers may revoke consent “in any reasonable way at any time.” For example, a text of “Unsubscribe” or “Stop” is sufficient and unmistakable for both consumers and companies; a simple “stop calling me” is also likely a sufficient revocation for ATDS or Robocalls. A message instructing consumers on how to “stop” communication or complete a plain web form is recommended for allowing revocation of consent from TCPA-covered text messages. 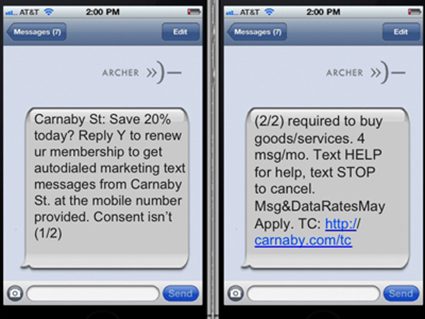 #7 Check Whether the Device is ATDS

To render a company liable, a device need not actually be functioning as an ATDS for making calls or text messages. Recall, the provision focuses on the capacity to function. In addition, if a device does not have present capacity to be considered an ATDS, it may be considered an ATDS if it has the future potential to function as an autodialer (via modification or technological upgrade). Businesses should, therefore, assume that the use of any electronic device that automates or facilities mass communication is at risk of being considered an ATDS. The exact text is as follows: “[TCPA] covers any equipment that has the specified capacity to generate numbers and dial them without human intervention regardless of whether the numbers called are randomly or sequentially generated or come from calling lists.”

As consumer and legal awareness of the TCPA  and its protections increases, implementing proper compliance procedures becomes increasingly important. Understanding the implications of calls, systems, and messages, as well as knowing the policies and equipment of third-party vendors is essential. Consult with your debt collection attorney or compliance professional to ensure your business is protected.

Now I want to hear from you

Was this blog helpful?

Or maybe you have a question about something.

I’ll be around to reply to comments and answer questions.

So if you have a question or thought, make sure to leave a comment right now.