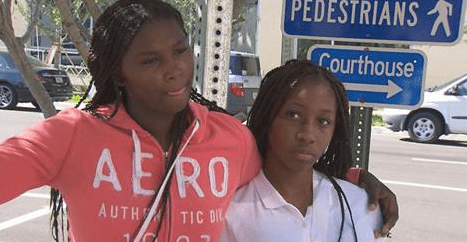 Teens are among the most vulnerable people on the road; according to the CDC, motor vehicle accidents are the leading cause of death for people ages 16 to 19. As drivers, teens are new to the road, and even a high-quality driver’s ed course can’t prepare them for everything that they’ll encounter; it’s no substitute for experience. Also worrisome is the fact that teens are more likely to be impulsive and irresponsible. They have a greater tendency to make poor choices while driving, cave into peer pressure, and behave recklessly.

Although there are excellent public safety programs that have helped bring down the rate of teen fatalities on the road, they need to be supplemented with parental involvement. Parents who are involved with their children’s driving decrease the chances that their kids will face an accident on the road.

Involvement means laying down strict driving rules for your kids, having frank discussions with them about dangerous behaviors on the road, keeping an eye out on what they’re doing, and modeling safe driving behavior for them. It also means educating yourself as a parent, so that you know about major risk areas.

When it comes to teen driving deaths, what do you need to know to keep your kids safe?

The rate of drinking and driving among teens has gone down since the early 90s; even so, about 10% of teenagers have recently reported driving after drinking, which sharply increases the risk that they’ll get into an accident, resulting in death or serious injury to themselves or others.

According to various surveys, most teens say they talk on the phone or text when driving. As reported by the FCC, roughly 11% of drivers ages 18 to 20 who survived a car crash admitted that they were texting in the course of the accident; this is thought to be an underestimate, not least because it doesn’t factor in younger teens and individuals who died from their crash injuries.

Even with hands-free devices, texting or cell phone use is incredibly distracting; whether your eyes are on your mobile device, or you’re so wrapped up in your conversation that you don’t notice what’s going on around you, you simply don’t have enough focus for what’s on the road. Distracted driving results in thousands of fatalities every year, and hundreds of thousands of injuries.

Number of people in the car

According to research conducted by the AAA Foundation for Traffic Safety on drivers ages 16 to 17, the risk of getting into a fatal car crash increases with the number of passengers in the car who are younger than 21 years old; on the other hand, having a passenger who is 35 years or older decreases the chances of a crash.

This makes sense, when you consider that younger passengers are more likely to behave in a distracting way or encourage a new teen driver to do risky things; many teens also report that they’d feel reluctant, as passengers, to call out a driver on risky behaviors on the road. An older passenger, on the other hand, is not only less likely to be distracting – he or she is also more likely to point out problems on the road or with the driver’s behavior.

Teens arrested for DUI and Vehicular Homicide are prosecuted in adult court because under Florida Law, if you commit a crime while driving, you are normally treated as an adult NO MATTER HOW YOUNG YOU ARE.

Accidents are never 100% preventable, but parental involvement does improve teen safety, including decreasing the chances that a teen will drink and drive and increasing the chances they’ll put on a seatbelt. Being strict about safe driving and talking to your kids about these risks helps tremendously. Don’t hesitate to contact us to further discuss teen driving risks and also seek assistance if your child has had the misfortune of suffering an accident on the road.

At Zebersky Payne Shaw Lewenz, LLP, expert attorney Lee Gill Cohen, is a 22 year veteran prosecutor from the Office of the State Attorney in Fort Lauderdale, Florida, who prosecuted numerous teens for DUI and Vehicular Homicide. While at the State Attorney’s office Mr. Cohen, in addition to actively putting these criminals behind bars, was a frequent lecturer to other lawyers and police officers on DWI law. He was also an active lobbyist related to the prosecution of these criminals. Currently, Mr. Cohen is still prosecuting these cases on the civil side on behalf of victims of DWI crimes where he puts his experience as a crusader against underage drivers to bring about justice. Mr. Cohen still works with the State Attorney’s office and is a task force member of MADD (Mothers Against Drunk Driving) where he is able to comfort the victims of DUI and their families.

Jordan A. ShawFacts About Teen Driving Deaths: What you need to know to keep your kids safe09.06.2013