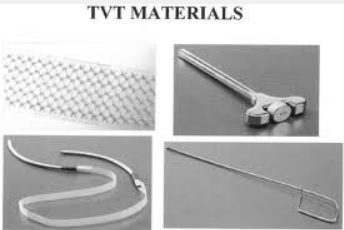 Johnson & Johnson (JNJ) was ordered by a Texas jury to pay $1.2 million to a woman who alleged one of the company’s lines of vaginal-mesh implants to treat incontinence was defectively designed, in the first verdict against the company over those devices.

Jurors in state court in Dallas concluded the design of the TVT-O mesh sling implanted in Linda Batiste was flawed and the 64-year-old woman deserved $1.2 million in compensatory damages, her lawyers said. They argued Batiste suffered pelvic pain when the device eroded inside her.

J&J, based in New Brunswick, New Jersey, faces more than 12,000 lawsuits accusing its Ethicon unit of making improperly designed vaginal inserts, such as the slings, that damaged women’s organs and made sex painful. Most of the cases have been consolidated before a federal judge in West Virginia for pretrial information exchanges while other cases are being heard in state courts.

The U.S. Food and Drug Administration has ordered J&J, C.R. Bard Inc. (BCR) and 31 other vaginal-implant makers to study rates of organ damage and complications linked to the implants after manufacturers faced a wave of lawsuits over the devices.

Doctors inserted more than 70,000 mesh devices in the U.S. in 2010 alone, threading them through incisions in the vagina to fortify pelvic muscles that failed to support internal organs or to treat incontinence, according to court filings.

“The jury’s verdict on design defect is disappointing, and we believe we have strong grounds for appeal,” Matthew Johnson, an Ethicon spokesman, said in an emailed statement.

J&J officials decided in 2012 to stop selling some lines of vaginal-mesh implants after being hit with a wave of lawsuits over the devices. The TVT-O sling Batiste, a former nurse, received is still on the market, Thomas Cartmell, one of her lawyers, said in a phone interview.

“This verdict represents the first time an impartial jury had the opportunity to decide whether Ethicon’s sling products are defective and they found exactly that,” Bryan Aylstock, a plaintiffs’ lawyer helping to oversee cases gathered before U.S. District Judge Joseph Goodwin in West Virginia, said in a phone interview. “We believe this is the first of many more verdicts to come over this dangerous product,” he added.

Last year, a New Jersey jury ruled J&J must pay $11.1 million in damages to a woman who blamed a Prolift device for her injuries in the first case over any of the company’s implants to go to trial. The Prolift implants help support sagging organs.

Lawyers for J&J, the world’s biggest maker of medical products, argued in court papers that the TVT-O slings are safe and effective and the company properly warned consumers about their risks.

If you or a loved one has suffered from any Mesh devise and want to find out your legal rights, call us. We are here for you.