What Are The 10 Things You Need To Know About the Volkswagen Emissions Diesel Scam today! 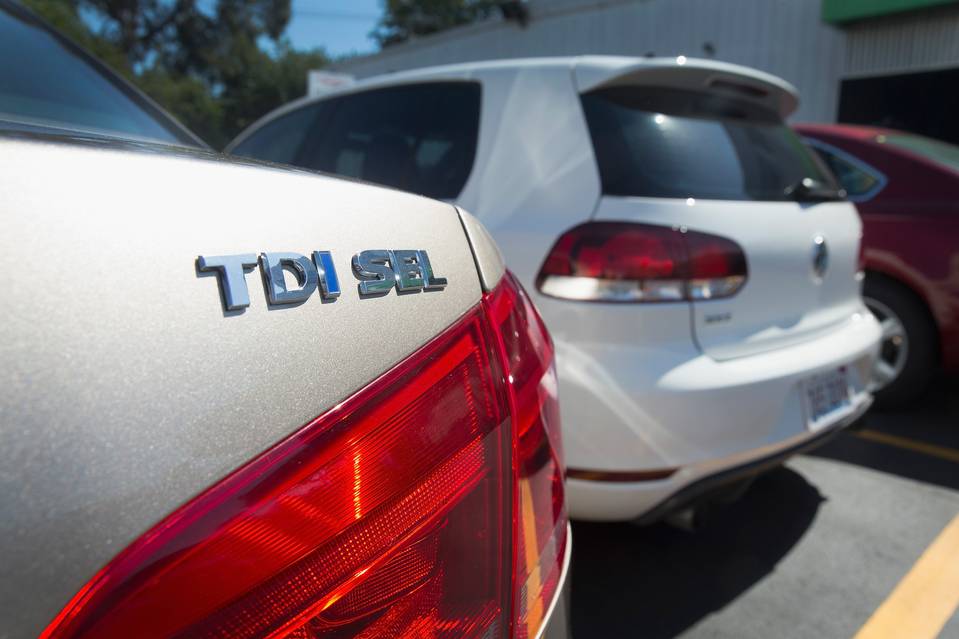 Looking for a way to reduce their carbon emissions while still purchasing an affordable vehicle, many consumers turned to Volkswagen turbocharged direct injection (TDI) cars. However, on September 18 of this year, the Environmental Protection Agency (EPA) released a report detailing that, since 2009, Volkswagen had been installing illegal software in its vehicles that affected their emission readings during tests.

Why wasn’t the Volkswagen diesel scam discovered sooner? Simply because no one ever suspected any wrongdoing. However, it was a huge risk for VW to take. The scandal has led to a Volkswagen emission service action campaign, led by both the government and by car owners looking for compensation.

1.What Is the Volkswagen Emissions Scandal?

The fact that something may have been amiss in the Volkswagen TDI emissions first came into light when a non-profit organization, the International Council on Clean Transportation (ICCT), decided to run a study to show that diesel cars in the U.S. were cleaner than those in Europe. This would allow them to push for tighter regulations in Europe. Through testing on the road, they noticed discrepancies in the two VW vehicles but not in the BMW. Subsequently, the ICCT reported their findings to the EPA and California Air Resources Board (CARB) in May 2014.

At this time, VW maintained that the discrepancies were due to technical glitches.

At this time, VW maintained that the discrepancies were due to technical glitches. However, after further testing, the EPA found evidence of a “defeat device” and released notice of this violation. At this point, Volkswagen had to admit to manipulating its emissions tests.

2. Did the Volkswagen CEO Quit Amid the Diesel Scandal?

Martin Winterkorn, CEO of VW since the beginning of 2008, resigned on September 23 of 2015. Five other managers are either suspended or on leave. Replacing Winterkorn as CEO is Matthias Müller, appointed on September 25, 2015.

Speaking out, Winterkorn claimed that only a few employees were responsible for the scandal, including a couple software engineers (unnamed). This has, so far, been met with disbelief — it is highly unlikely that software developers would have either the authority or will to implement such a scheme on their own. The great interest is now whether Winterkorn himself was aware of the practice.

3. Did Volkswagen Intentionally Misrepresent the Emissions of Its Diesel Cars?

The answer appears to be a resounding yes.

Nitrogen oxide is a compound that causes smog, creates ozone, and leads to health problems, including asthma, respiratory diseases, cardiovascular complications, and premature death. To limit its release into the atmosphere, all vehicles must meet certain emission standards. The software in the Volkswagen TDI vehicles was designed to enable cars to lower their nitrogen oxide emissions during tests to meet U.S. standards, whereas during actual drives, emissions were up to 40 times higher.

The answer appears to be a resounding yes.

The complexity of the software (not to mention the conveniency) means it is impossible that this could have been a malfunction or programming error.

4. How Did Volkswagen Cheat on the US Diesel Emissions Tests?

Volkswagen managed to cheat the system by installing software with an algorithm that would switch pollution controls to “dyno calibration mode” during tests. The software determined when the car was undergoing an emissions test, rather than driving on the road, by detecting factors such as steering wheel position, speed, duration of engine operation, barometric pressure, and the number of wheels spinning. Cars cannot use this cleaner mode for normal driving without sacrificing fuel efficiency and some engine power.

…with an algorithm that would switch pollution controls to “dyno calibration mode” during tests.

5. Did Volkswagen Order a Recall on Almost 500,000 Vehicles Over Emissions Software?

The EPA have ordered Volkswagen to recall about 482,000 vehicles due to their violation of the Clean Air Act. Cars in this recall include the Jetta, Beetle, Golf, and Audi A3 (2009 to 2015 models) and Volkswagen Passat sedans (2014 and 2015 models). The Justice Department may impose fines of up to $37,500 per vehicle, a possible total of $18 billion.

The Justice Department may impose fines of up to $37,500 per vehicle

It is unquestionably a harsh punishment, but bear in mind that VW has committed a fraud far beyond any violations found in any other auto company.

6. What Does the Volkswagen Scandal Mean to the Value of My VW TDI?

The day following the news of the Volkswagen diesel emissions scandal, shares fell by 20 percent. The next day, they dropped a further 12 percent. When, on September 22, stocks fell by a further 10.5 percent (under €100), they reached a record four-year low.

Since then, the company has recovered — but only very slightly. This is of great concern to all those who own a Volkswagen TDI car. For Volkswagen to sell their current inventory, they will need to offer incentives and lower their prices, making it even more difficult for owners to sell their used vehicles at a decent price.

7. Are There Volkswagen Class Action Lawsuits Going On in the U.S.?

The VW scandal has led to allegations that Volkswagen violated federal law and breached the Volkswagen emissions warranty. Emission lawsuits are seeking actual and punitive damages (to punish the company as well as to compensate consumers) and asking VW to repair or refund vehicles.

Although car manufacturers are accustomed to litigation, this case is far more severe than the typical defective parts and flaws in design or assembly claims.

Another case on an equally grand scale, which also occurred this decade, was the Deepwater Horizon oil disaster, the worst offshore spill in US history and one that led to 11 people losing their lives. It will come as no surprise to hear that Volkswagen is hiring the same firm that defended BP in 2010, Kirkland & Ellis, for defense in their class action lawsuits.

Volkswagen is hiring the same firm that defended BP in 2010, Kirkland & Ellis, for defense in their class action lawsuits

However, Kirkland & Ellis were ineffective and helping BP dodge the bullet when, in July of this year, BP pleaded guilty to 14 criminal counts and agreed to pay $18.7 billion in a settlement for all federal and state claims. Earlier this month, that amount was increased to $20.8 billion.

9. Will Volkswagen Fix All 11 Million Cars Affected by the Diesel Emissions Scandal?

Volkswagen says it intends to fix all the cars affected by the diesel emissions scandal, starting in January 2016 and continuing until the end of the year. Although a fix will enable vehicles to comply with emission standards, repairs will significantly degrade performance in aspects such as horsepower and efficiency. As such, owners will still suffer from a lower-quality vehicles than VW initially advertised.

Estimates expect the repairs for each vehicle to bill around $2,500, plus labor costs. The company says it plans to spend over $7 billion on repairs, although it has not yet indicated how it will allocate funds. It is also unclear whether repairs would include hardware modifications, such as selective catalytic reduction upgrades.

10. If Volkswagen Is Facing $18 Billion Fines from the EPA, am I Entitled to Some of That Money?

As yet, it is unclear what action Volkswagen plans to take. If the company buys back its vehicles, consumers may be able to receive the value of their cars but will gain no compensation for harm. A better option for car owners is to claim a violation of consumer rights. You can find out if you qualify for a class lawsuit and whether you can expect to receive a refund by seeking legal advice from a professional handling Volkswagen emission service action 23o6 cases.

If you own a Volkswagen or Audi TDI from 2009 or later, you may be able to receive compensation for loss of value

If you own a Volkswagen or Audi TDI from 2009 or later, you may be able to receive compensation for loss of value, inability to sell your vehicle, higher VW emissions, and lower efficiency. It is important to avoid delay in filing your claim, as you will need to act before the statute of limitations expires in your state. Contact us today to schedule your free consultation and receive the compensation you deserve.