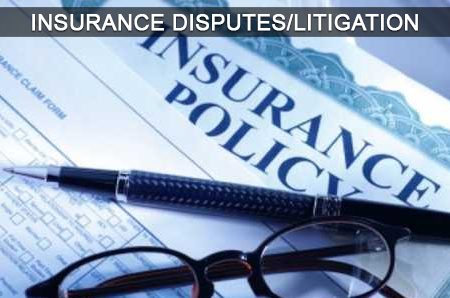 With hurricane season now starting along the east coast of the United States, it’s a reminder of how serious some of those hurricanes could potentially be. The National Oceanic and Atmospheric Association predicts the 2013 hurricane season to be especially active again in the Atlantic, which doesn’t bode well for those still dealing with last year’s deadly storms. With that comes the fear of how much homeowners insurance will begin to lessen their coverage so they won’t have to pay out for massive hurricane damage.

Can anything be done, though, to lessen that to a degree? While limited and problematic, there may be a couple things you can do.

NBC News did a recent report warning people who live in hurricane country to read their homeowners insurance policy from top to bottom. Make sure the language in there clearly defines that you’ll be covered from at least some hurricane damage. Unfortunately, many policies are being reworded so the deceptive language won’t have to cover damages that directly relate to hurricanes.

Much of this is done through ambiguity of language, which can easily be done in any document to the legal benefit of the document creator. And while this kind of insurance practice was already being done in Florida, says NBC News, it’s starting to be used in other states like New Jersey where Hurricane Sandy wreaked havoc last year.

Dealing with Insurance Companies on the Entire East Coast

Chances of hurricanes hitting New York and New Jersey again are now in the minds of many, and homeowners policies are likely going to change for the entire U.S. east coast. Along with the changing policy language, premiums could even rise, making it more expensive to acquire comprehensive insurance to protect against natural disasters. This isn’t to say that you can’t work with a homeowners insurance agency after reading your policy to beef up your protection.

The best thing to do is to take on other policies such as commercial insurance or even a personal insurance that covers specific damages from hurricanes. These could be expensive, yet could save you exponential money in time if you’re living in a very high risk area.

However, it’s likely that we’ll be hearing plenty about how people lost money from hurricane damage later this year because of these new insurance changes. This may even happen in states where nobody expected it would happen.

If you live in the hurricane risk area of Florida, or anywhere in the United States, consider the respected law firm of Zebersky Payne Shaw Lewenz, LLP if you’re dealing with insurance claim issues. Along with insurance claims, we take on many other civil cases to help you receive the justice you deserve. We’ve successfully litigated many federal and state cases that help fight for the rights of people.

Contact us for a free consultation if you’re fighting with your insurance company to cover damages from a hurricane. We won’t let the ambiguity of language prevent you from recovering the losses that you thought you’d receive.