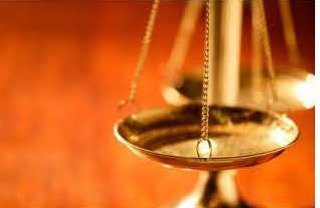 A Louisiana federal jury on Monday, April 7, 2014 ordered Takeda Pharmaceutical Co. Ltd. and Eli Lilly & Co. to pay more than $9 billion in damages to a couple, in a bellwether trial over allegations the companies hid the cancer risks of diabetes drug Actos to keep sales high.

Terrence and Susan Allen won the judgment late Monday, in the first federal jury decision in multidistrict litigation against Asia’s largest drug company and its American partner. The jury hit Takeda with $6 billion in punitive damages and Eli Lilly with $3 billion. The companies, which jointly marketed the drug, also will split payment of $1.5 million in actual damages to the Allens.

Takeda is accused of hiding the results of clinical studies it has known about since before the drug was approved by the U.S. Food and Drug Administration, which allegedly show that using the drug causes bladder cancer, according to the suit. Kenneth D. Greisman, Takeda’s general counsel, vowed that the company will fight the verdict with all its might.

“Takeda respectfully disagrees with the verdict, and we intend to vigorously challenge this outcome through all available legal means, including possible post-trial motions and an appeal,” Greisman said in a statement Monday. “We have empathy for the Allens, but we believe the evidence did not support a finding that Actos caused his bladder cancer.”

U.S. District Judge Rebecca F. Doherty presided over the bellwether trial, the first loss in federal court for Takeda over the marketing and sale of Actos, a diabetes drug accused of causing bladder cancer in its patients. Eli Lilly partnered with Takeda to market the drug from 1999 to 2006.

Allen, a former shopkeeper in New York, sued the company in 2011, saying the company’s executives knew the drug caused bladder cancer in animals and humans, but kept mum because the drug was profitable for the company, according to the suit.

The Allens alleged that even before Takeda applied for approval from the FDA, it knew from the results of animal testing that the drug could cause bladder cancer, according to the original complaint. Later, in the early 2000s, clinical trials in humans had shown it would induce the cancer, the suit said.

But the executives said nothing, instead raking in more than $16 billion in sales since its release, according to court records. The drug represented more than a quarter of Takeda’s total sales in 2011, at its peak.

In June of that year, the FDA alerted the public that use of the drug for longer than a year could cause bladder cancer, and discouraged doctors from prescribing it to patients with active bladder cancer, according to the suit.

Allen’s bladder cancer ruined his life, he said in the suit, causing him pain, mental anguish, the risk of future cancer, and the need for lifelong medical treatment. Meanwhile, thousands of lawsuits were filed over the drug’s allegedly carcinogenic side effects, prompting more than 6,000 of them to be clustered into a multidistrict litigation in Louisiana.

In Allen’s case and others, Takeda’s legal team argued that the bladder cancer wasn’t caused by Actos, but by other factors, such as age, gender and smoking habits, according to court records. Takeda also properly warned consumers as the information became better understood that prolonged consumption of the drug could be harmful, according to the defense.

In May, Takeda persuaded a California judge to throw out a $6.5 million verdict against the company, successfully arguing that the plaintiff’s attorneys couldn’t directly link the Actos drug to the plaintiff’s bladder cancer, according to court records.

“We also believe we demonstrated that Takeda acted responsibly with regard to Actos,” Greisman said in Monday’s statement. “Patient safety is a critical priority for Takeda, and we are confident in the therapeutic benefits of Actos and its importance as a treatment for Type 2 diabetes.”

Before the federal bellwether trial began, Takeda faced the possibility of sanctions for a potential breach of duty to preserve evidence.

Takeda put a litigation hold on documents and electronic data related to Actos in 2002, yet repeatedly destroyed emails and other documents with information about the drug over much of the next decade, Judge Doherty ruled Jan. 27 in a 75-page opinion.

The documents Takeda destroyed are relevant to the plaintiffs’ claims and would likely prove beneficial to their case, according to the judge, who is overseeing the multidistrict litigation. Takeda’s failure to preserve the evidence was likely to prejudice the plaintiffs, she said.

Eli Lilly, which marketed the drug with Takeda from 1999 to 2006, was accused of perjury during the trial when a former employee was said to have lied on the stand during testimony.

The Allens on March 3 sought a default judgment against Eli Lilly for willfully disobeying the court’s authority during the trial, which has been ongoing since Feb. 3. The motion for sanctions targets the testimony of Ronald Hoven, a former senior director for global marketing at Eli Lilly. According to the plaintiffs, Hoven “expressed a stunning lack of knowledge” about the company’s marketing of Actos over hours of testimony before the jury.

The case is Allen et al. v. Takeda Pharmaceutical Co. Ltd. et al., case number 6:12-cv-00064; and the MDL is In re: Actos (Pioglitazone) Products Liability Litigation, case number6:11-md-02299, both in the U.S. District Court for the Western District of Louisiana.