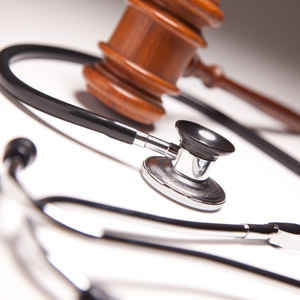 Takeda Pharmaceutical Co. and Eli Lilly& Co. lost a bid to have a judge throw out a combined $9 billion punitive-damage award over claims the drugmakers hid the cancer risks of their Actos diabetes medicine. So Takeda Pharmaceuticals and Eli Lilly still owe plaintiffs in the first Actos verdict $9 billion in punitive damages, according to the judge.

The Japanese pharmaceutical manufacturer filed an appeal of the Actos verdict after plaintiff Terrence Allen won the first bellwether trial against the pharmaceutical companies. Allen, like many plaintiffs, claims that his Actos prescription led to his bladder cancer, and that the company did not sufficiently warn users of the dangers when they took the prescription to treat another chronic condition, Type 2 diabetes.

“While we have empathy for the plaintiff, we believe the evidence did not support claims that Actos caused his bladder cancer,” said Candace Johnson, a spokeswoman for Eli Lilly. “We intend to vigorously challenge this outcome through all available legal means, including possible post-trial motions and an appeal.”

Takeda Pharmaceuticals argued that the punitive damages, at $9 billion, are over 6,100 times larger than the compensatory damages awarded to Allen, which amount to $1.3 billion. The company argued that its actions did not meet the test for reprehensibility that would give credit to such a large punitive charge. The company also argued that it did not intentionally destroy documents related to the Actos cases.

However, Judge Rebecca Doherty in the Actos case refused to overturn the verdict, pointing again that Takeda lost or destroyed numerous documents related to Actos’s effectiveness and potential side effects, which made the discovery phase of the trial very difficult. On January 30th, Judge Doherty ruled that the plaintiffs’ attorneys could claim that Takeda willfully destroyed the files, in order to punish the company for its negligence. The plaintiffs also alleged that Ronald Hoven, former CEO of Eli Lilly, lied under oath while giving testimony during the bellwether trial, because his testimony was regarding Actos was more vague than testimony he gave in a case related to a different drug.

More than 2,700 personal injury suits linking Actos use to bladder cancer have been consolidated in the MDL.

Jordan A. ShawZEBERSKY PAYNE REPORTS THAT THE ACTOS $9 BILLION VERDICT WAS UPHELD09.02.2014